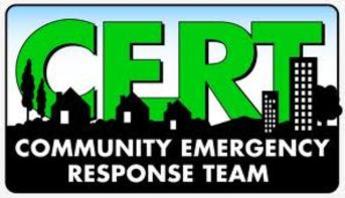 Flooding here in the Midwest is something we have to contend with yearly. This year in many ways exceeds that of ’93.  In addition to sand bagging, many people have helped neighbors and relatives relocate as waters have risen. More water is on its way from planned releases from reservoirs up river. The continued rains add their share to the water level as well. There may be more people relocating as a result.  Some tips from Community Emergency Response Teams (CERT) to keep those helping flood victims safe. Above all keep your limitations in mind. Over fatigue can lead to sprains, strains, falls, lacerations, and — in this weather — heat related injuries. The water may be rising, but an injury can lead to you being a casualty needing assistance rather than you contributing to helping yourself and others. Take breaks, change up tasks, drink plenty of fluids, and wear protective clothing including gloves, hats and boots.  Area Community Emergency Response Teams have helped Saline and surrounding counties with sandbagging efforts. Thank you to all CERT and local volunteers who have come to the aid of their neighbors during this flooding.

Imagine the Police Department having to say this: “Please don’t shoot at the tornadoes.” Yes, law enforcement in Lawrence, Kansas, actually had to say that. Tornadoes are big and powerful. They can be over a mile wide with winds up to 300 mph. They move fast, a lot faster than you can run, and they can change direction quickly. Three professional storm chasers were killed in 2013 by a fast moving tornado that changed direction. Semi-trucks and trains can be easily tossed about by a tornado. The average car and pick-up are no match for the power of a tornado either. The best advice when a tornado warning is announced is to seek shelter and not go tornado hunting. Of all the Midwestern tornado alley states, Texas and Missouri are the only two that people have to be concerned with tornadoes occurring all year long. Missouri is in the top 10 states for the number of tornadoes, usually behind Texas, Kansas, Florida, Colorado, Nebraska, and Oklahoma.  In 2017, though, Missouri ranked third in the nation for most tornados. Missouri has the second most deaths on record by tornadoes from 1999 through 2013. Nationwide, most fatalities occur in single-family homes, not trailer parks. Local emergency managers plan for major events such as tornadoes. Local Community Emergency Response Teams train to respond to help first responders after a tornado.  They assist in damage assessment, setting up shelters, directing people to shelter locations, search and rescue, light triage, and debris removal.

The Community Emergency Response Team (CERT) program educates volunteers about disaster preparedness for the hazards that may impact their area and trains them in basic disaster response skills, such as fire safety, light search and rescue, team organization, and disaster medical operations. CERT offers a consistent, nationwide approach to volunteer training and organization that professional responders can rely on during disaster situations, which allows them to focus on more complex tasks. Through CERT, the capabilities to prepare for, respond to and recover from disasters is built and enhanced.  At the same time, the CERT program was designed as a grassroots initiative and specifically structured so that the local and state program managers have the flexibility to form their programs in the way that best suits their communities. CERT volunteers are trained to respond safely, responsibly, and effectively to emergency situations, but they can also support their communities during non-emergency events as well. There are over 2,700 local CERT programs nationwide, with more than 600,000 individuals trained since CERT became a national program.

FEMA’s Community Emergency Response Team Program trains volunteers to prepare for the types of disasters that their community may face. Through hands-on practice and realistic exercises, CERT members: